← more from
Fallen Tree Records
Get fresh music recommendations delivered to your inbox every Friday.

by Ayla Brook & The Sound Men 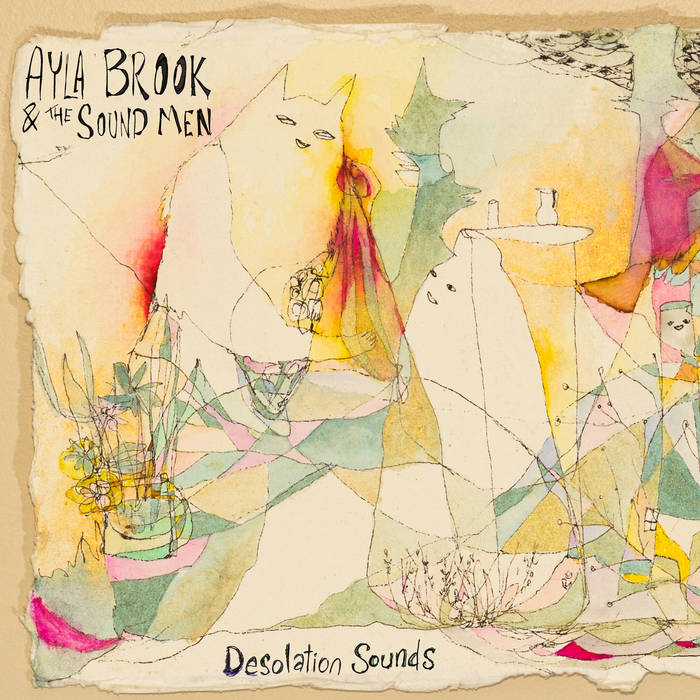 Ayla Brook (pronounced Ey–Lah) is one of the truest raw songwriters on the prairies. From his beginnings in Lily Plain, Saskatchewan, to successful records recorded with AA Sound System, to now his solo work - Ayla has remained tried and true. His last release, "(I Don't Want To Hear Your) Break Up Songs" was exactly that - a tapestry of hurtin' and feelin' tunes about life on and off the barstools. Joined by his regular 5-piece band, The Sound Men, Ayla can be seen packing the dance floors of honkytonks & rock clubs soaked in wine and whiskey. 2018 saw Ayla Brook & The Sound Men nominated for three Edmonton Music Awards and taking home Roots Artist of the Year, along with a full summer of folk and indie music festivals.

In 2019, Ayla Brook & The Sound Men finished a brand new record entitled "Desolation Sounds" recorded with Hamilton's Terra Lightfoot. The record will be released in spring 2020 with three singles and videos released starting in November 2019.
The new set of material is a collection of songs and stories about friends and family after 2017's record about relationships and breakups. With Lightfoot at the wheel and mixing by Jon Auer (The Posies & Big Star), fans can expect a modern roots record full of rock and soul, and especially western charm that Ayla & the Sound Men help make undeniable.

"There’s a humbling sense of community and musical honesty adding to its organic aura. Brook is a wonderful songwriter and an even better vocalist." - Exclaim!

Desolation Sounds, is the new album by Ayla Brook & The Sound Men. Produced by Terra Lightfoot, its a collection of songs and stories about friends and family, bursting with rock and soul and western charm.
Whether they’re packing dance floors in honky tonks or in rock clubs soaked in wine and whiskey, the band deliver a tapestry of hurtin’ and feelin’ tunes about life on and off the barstools. ... more

Bandcamp Daily  your guide to the world of Bandcamp